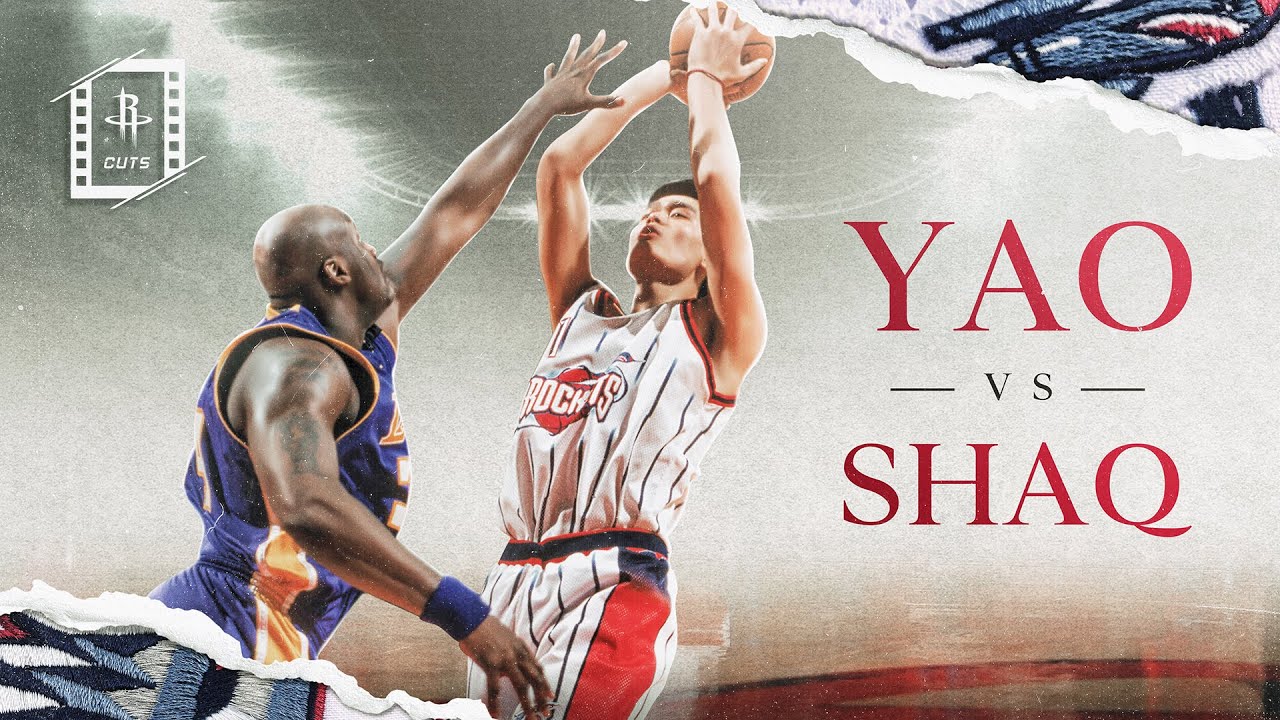 Forging a KATANA out of Rusted Iron CHAIN

Well, This Katana took me too long to make and this was not easy to make it such perfect. Alot of People asked me to make Katana so i tried my best to make a perfect Katana Sword as i can. Overall Sword Length : 35 Inches Handle Length : 8 Inches Blade Length : 26 Inches All the Processes are below of making this beautiful KATANA: Forging: It took me almost three days to hand forge an Iron Chain piece into a long Metal Strip and this was one of my hardest forging ever. I don't have a power hammer so i did all the forging with hands and turned a chain piece into an almost 33 - 34 inches long steel strip. Grinding: I started some rough grindings of long strip on my Belt sander and turned the strip into a Katana shaped long steel piece. I also hand sanded the edges with the help of file to remove almost all the roughness of the sword. o. I made the Blood Groove with the help of rotary grinder. o. The blade bevel was made by my professional angle grinder. o. Hand Sanded the blade to remove roughness. Hardness: There is a professional way to harden a Katana and that is Covering the whole sword in a Fire Clay (Insulation) Except the blade bevel.After that we put the sword into the fire and heat it to critical temperature. We use oil to Quench the heated sword in it. Now the Bevel is hard and the remaining sword is annealed. Tempering the blade is the best way to increase the Strength, Hardness and Toughness of the sword. Hibaki: This piece is traditionally made by forging some copper or brass but we can also make it by casting these metals. And the purpose of hibaki is to hold the Sheath with the handle. Handle: The Handle contains three parts. o. GUARD: I made the guard by using a thick brass sheet, which is roundly turned into a beautiful metal piece that can show a partition between the handle and the remaining sword. o. Spacer: This is the little metal piece which fits on tang and controls the fittings of the whole handle so nothing should vibrate in handle. o. Wood: A nice piece of wood uses as a handle of the sword and that could be Wrapped by some soft (leather) strips. Forging a KATANA out of Rusted Iron CHAIN #Forging #RandomHands Precautions: Always wear leather gloves while sanding knives. Always keep a First Aid Kit at your work place. Our Instagram = https://www.instagram.com/random.hands/ Youtube Channel = www.youtube.com/randomhands Our Facebook = https://www.facebook.com/randomhands Youtube Subscription: https://www.youtube.com/channel/UCrI3dm4qgAEV67Jc6797WIA?sub_confirmation=1 Like, Subscribe & SHARE the video also comment your opinions. Hope you Enjoyed the Video. See you Next time. Subscribe for more interesting projects. Also Share the video with your friends who might be interested. Thanks for watching Best wishes Random Hands

That is for sure HOT-HOT TWERK. Don't missed it, just enjoy new dancing style shaking the world ;)

PLEASE BE AWARE THIS IS A DOCUMENTARY WITH ELEMENTS OF GALLOWS HUMOUR, IF THIS OFFENDS PLEASE CHOOSE ANOTHER SITE. Grady Stiles was the side show freak performer known to his many beloved fans as LOBSTER BOY and by all accounts and purposes a very successful entertainer with yearly declarations to the IRS of over a million dollars in his last few years. But according to family members he also had a dark side, as many performers do, he was an alcoholic and was abusive to his family.Due to his ectrodactyly, he was unable to walk. While he often used a wheelchair, he most commonly used his hands and arms for locomotion. He developed amazing upper body strength that, when combined with his bad temper and booze, made him dangerous to others and could propel himself along the ground like a giant Cockroach. In 1988 when Lobster Boys daughter (LOBSTER GIRL) told her father that she had met the man of her dreams and planned to leave the freak show to get marries, , Stiles realising this could effect the family act as they were known as THE LOBSTER FAMILY after all, went and shot and killed his daughter’s fiancé on the eve of their wedding. When he was brought to trial, where he openly confessed to killing the man and was convicted of third degree murder. He was not sent to prison as no state institution was equipped at that time to care for an inmate with ectrodactyly. LOBSTER BOY was instead sentenced to fifteen years but only served about 6 months because the prison could not facilitate a human crustation. Once out of jail he soon began drinking again and his family claimed that he became even more abusive then before he went in. In 1992 after one of the shows went badly, Lobster Boy told his wife Teresa that he wanted to have another child so he could add it to the show, when she refused he chased her around the home, caught her, beat her than shoved his hand in side of her pulled out her birth control device and raped her in front of the son. It was after this the mom said the son “Something has to be done” it was then that Chris Wyant a seventeen-year-old sideshow Worker/performer was hired for the soul purpose of killing Lobster Boy the beloved sideshow freak for $1500 and a case of Beer. Who hired him was argued in court but Wyant made a plea deal and fingered Mrs Lobster Boy as the one who paid his fee. Wyant was convicted of second degree murder and sentenced to 97 years in prison. Harry Newman was given life in prison for his role as the mastermind and Teresa was given 43 years in prison for conspiracy to commit murder (Later reduced on appeal to 13) Lobster Boy’s son, Lobster Boy Jr. has always disputed the claim that Teresa had him murdered. According to him, his mother, Teresa, and father were arguing. Teresa had said 'Something needs to be done.' Teresa's son overheard this, and went to a neighbor and repeated it. The neighbor shot and killed Lobster Boy shortly after. CLASSIFICATION: Bog standard Killer ORIGIN: U.S.A ACTIVE YEARS: 1992 METHOD: Gun shot NUMBER OF VICTIMS: 1 DATE OF ARREST: N/A STATUS: served 15 years currently on the streets among us

Children are learning English with Wow!.

Say hello to Steve and Maggie at their LIVE SHOW on 30th December! Go to https://thrillz-store.co.uk/products/steve-maggie-show-on-30th-december-at-3-30pm to get one of a limited number of tickets!!! - How to teach children with Wow! and have fun.

Memories from the Future:The Valley of Roses (A.R.E.)

This was a presentation that took place at the Association for Research and Enlighenment at Virginia Beach for the VB firiends of the IANDS on September 14 2013. This is an amazing experience that took place in 1921 involving a visit from someone in the future, from the year 3906 AD. Nassos Komianos summarized the whole story and insights of the Swiss teacher Paul Amadeus Dienach, who slipped in a rare state of consciousness, called narcolepsy for almost a year. When he recovered he came back with memories of another person (actually his future embodiment), a physicist named Andreas Northam, who lived in the future. The professor of the future had an accident involving an NDE and when he recovers, he has been possessed by the personality of our twentieth century teacher (or actually his own former persona). He cannot recognize any of his loved ones and speaks a foreign tongue that no one comprehends. Not only that but he suffers from another ailment, he never sleeps. The body of our Swiss teacher is constantly asleep and the body of the man of the future is constantly awake. The physicians of the future examine him thoroughly but cannot explain the phenomenon and they think it is a consequence of his momentary death. They began re-educating the new persona of their once famous physicist. During this process of re-education, Dienach is taught what took place for those two millennia. What happened in history, and how things evolved, is strikingly shocking and flaringly interesting. When the Swiss teacher came out of his narcoleptic coma in 1922, he began writing all his memories from the future. Later, he was struck by tuberculosis and left all his transcripts to his Greek student, and died at the age of 38. After 44 years, this student became the Dean of the Panteion University of Athens he published, with a lot of reservations, this unique experience. Special thanks to the VB IANDS and Dick Dinges, Lloyd Kremer and Elena Viada. Copyright of the presentation Athanasios Komianos www.hypnoscopesis.gr